Watch and listen to the Junior Choir, together with a number of soloists – a cellist, a trumpeter, a horn player and a pianist to make a varied programme.

RokSkool Workshops to learn how to rock.  All workshops are suitable for children, teens and adults and will be help in the Tiger Rooms School Room on Saturday 21st September.

Each workshop is £5 a student – maximum 25 students per workshop.

To open the Festival, the All Saints Tower Bell ringers will peal from 9.00am till 10.00am on Saturday 21st September 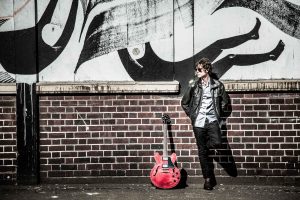 Book Now  An evening of amazing Blues & Rock with Aynsley and his band.

Regarded as one of the UK’s finest proponents of rocking blues, Aynsley will perform up close and personal in our wonderful King Edward Hall. His solo performances are the perfect platform to witness his amazing abilities and with his band, we will be able to enjoy an incredible evening of Blues and Rock.

Jack Blackman will be performing the warm-up set for Aynsley.

Geoff Robb was the winner of the 2018 Brighton Fringe Live Music Award for his solo show. His beautiful compositions blend his training in jazz and classical guitar with his love of Spanish and Celtic music and he has performed all over the UK and Europe at venues including including Buckingham Palace & Glastonbury Festival.
His new compositions are inspired by the trees of Sussex so if you love nature and enjoy beautiful guitar music then don’t miss this award-winning show. 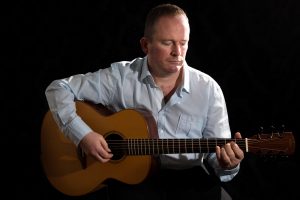 This Open Mic Showcase Night has a wealth of talent