There’s a cacophony of singing from Rok Skool. 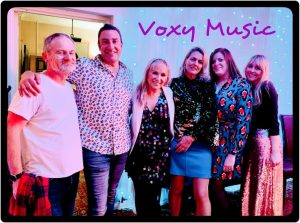 First off at 1.30pm in the URC Nave is Voxy Music. A six piece vocal group, 4 ladies and 2 guys. Accapella with occasional guitars and musically directed by Hereward Kaye.

Only been going a year but storming forward, with great versions of The Chain by Fleetwood Mac and The White Stripes’ Seven Nation Army, amongst other classics. A happier or more harmonious bunch you will never find!

Neatly followed at 2.00pm by Sister Sister. A six piece A Capella and acoustic all-female vocal group with a repertoire that includes everything from Take That and Ed Sheeran to Bob Marley and The Flying Pickets, ably led by Musical Director Hereward Kaye.

The ladies are proud to have reached the Southern region finals for Gareth Malone’s TV programme the ‘Naked Choir’ and the final of ‘The One’- but mostly enjoy entertaining the people of Lindfield with their unique blend of voices and singing styles.

And last but not least at 2.30pm, The Larynx. The Larynx is the epitome of Lindfield Primary Academy’s community spirit. A PTA tour de force that started life within the playground walls. School run chatter between parents conceived the idea of an all singing, all dancing choir open to all parents, grandparents, teachers and staff . The idea proved popular and in April 2015 The Larynx was born.

Since then the choir has grown in confidence under the guidance of director Hereward Kaye. With an eclectic repertoire ranging from The Beatles to Talking Heads, this friendly neighbourhood vocal group comes with a serious health warning: listening to them may do you some good!

The best laid plans can go awry and with over 190 events to organise we have had a challenge or two.  Occasionally performers, exhibitors or venues need to change.  These are a few alterations as of 15th September: 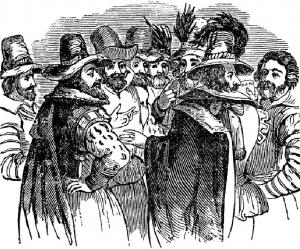 Balcombe and Lindfield Dance School was founded in 2003 and has grown from twenty students in one branch to over two hundred students in three branches. Students from the aged from two to sixteen years old enjoy weekly ballet, tap and modern dance classes whilst also working towards their exams, dancing at the school’s friendly and fun Holiday Dance Camps and performing at events like Lindfield Arts Festival.

The school is delighted to be performing again at the Lindfield Arts Festival and you can see them perform at the nave in the United Reform Church on Saturday 21st September between 10:00 and 10:45am. More information about Balcombe and Lindfield Dance School can be found on their Facebook page here.

The lively circus area will offer up to 14 different types of equipment, atmospheric circus music, interactive shows and you’re outdoors so they create a colorful space with bunting. These play areas are designed to bring circus magic and happiness to all ages and abilities!

Watch and listen to the Junior Choir, together with a number of soloists – a cellist, a trumpeter, a horn player and a pianist to make a varied programme.

Music provided from pupils of Great Walstead– including